The pronunciation waveform chart is divided into intervals corresponding to individual phonemes and silence at the beginning and the end. Intervals are labelled by corresponding phonemes. The native speaker chart contains three curves. The sound wave switches the color between blue and red at phoneme boundaries. It is the most prominent curve of the chart and allows you to recognize vowels, some consonants and the boundaries of syllables. The energy curve is yellow and facilitates in particular the recognition of accents (stresses). The curve of the cumulative difference is green and allows to recognize parts of the sound containing high frequencies and noise. While playing, a cursor shows the currently played part in the pronunciation chart. The user pronunciation chart has one more curve added -- it shows how comprehensible the user's phoneme pronunciation is compared to the native speaker's pronunciation of the corresponding phoneme. It is cyan and the closer the line is to center of the chart, the better. If it moves down to the bottom half of the chart, it means that the student's pronunciation is less comprehensible than that of a native speaker. 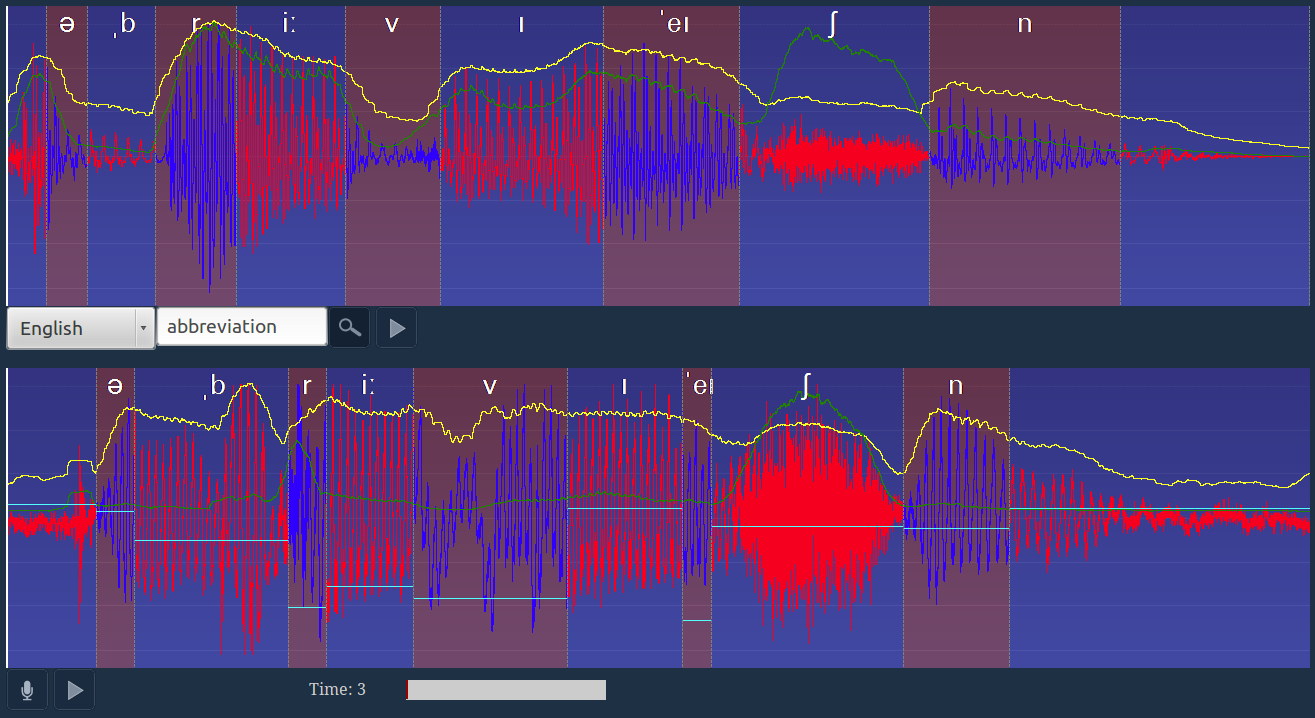 This tool is available as a separate web application or as supporting libraries for MS Windows and Linux. The presentation part was also ported to Android and iOS.